8 Irrefutable Signs That we are Living in the End Times 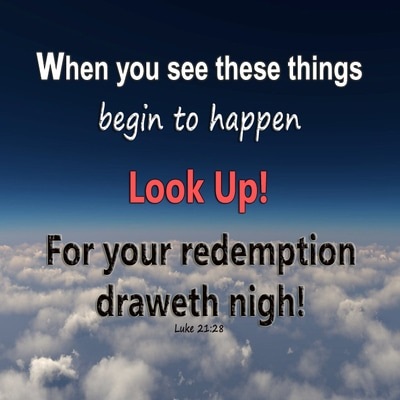 Do not look at the following signs as being about “doom and gloom” but instead as indicators of the LORD’S SOON RETURN - Praise God! It makes these dark times much more exciting! We need to have the proper balance about these matters and herald His return. Remember that Jesus said when we see these signs that we need to “Look up!” Here are 8 signs that show that the Lord’s return is very near:

1.  Business as Usual around the World

People will be enjoying life and caught unaware. True Christians will try their best to share with people that they need the Lord for the hour is late so PLEASE make a decision to truly follow the Lord! But the majority of people will be caught up in the pleasures of the world and entertainment such as spending a great deal of time watching sports, playing golf, going to lots of concerts or movies, and going on vacations. They will have their minds almost non-stop full of the cares of the world such as making money, their possessions, family life etc. It seems that no matter what we do we cannot get them to listen. Many of us have basically given up on trying because these people think everything will remain “business as usual” and life will go on and on and nothing will interrupt their worlds. President Trump is also bringing a lot of worldly prosperity so that people tend to think that everything is just “business as usual” in order to “relax and enjoy life.” Therefore the mission that true Christians have to proclaim truth is largely ignored and/or belittled.

“Knowing this first, that there shall come in the last days, scoffers walking after their own lusts, and saying, ‘Where is the promise of His coming? For since the fathers fell asleep, all things continue as they were from the beginning of the creation.” (II Peter 3:3-4)

There is an increase in books and magazine articles that scoff at the idea of the last days being at hand. Plus talk show hosts, advertisements, celebrities, and many YouTube videos mock at this idea as well.

3.  The Rise of Wickedness

“For men shall be lovers of their own selves, covetous, boasters, proud, blasphemers, disobedient to parents, unthankful, unholy, without natural affection, trucebreakers, false accusers, incontinent, fierce, despisers of those that are good, traitors, heady, high-minded, lovers of pleasures more than lovers of God; having a form of godliness, but denying the power thereof: from such turn away.” (II Timothy 3:2-5) Also see: Romans 1:24-32 and Matthew 24:12

“And with all deceivableness of unrighteousness in them that perish; because they received not the love of the truth, that they might be saved And for this cause God shall send them strong delusion, that they should believe a lie: That they all might be damned who believed not the truth, but had pleasure in unrighteousness.” (II Thessalonians 2:10-12)

People can’t think, they can’t make sense, and they are dumbed down. They simply can’t understand the truth! There are even new abominable laws being passed to take children away from parents if the parent does not accept their children’s gender identity choice. This is the “days of Noah” thinking, values, and perversions.

5.  Wolves Among the Flock

“Now the Holy Spirit plainly tells us that in the last days some people will depart from the faith, giving heed to deceiving spirits and doctrines of demons…” (1 Timothy 4:1-2)

We’ve never seen it like it is today. There is such an abundance of counterfeit Christianity and some of it includes: post-modernism, social gospel (religious left), seeker-sensitive movement, new apostolic reformation, prosperity gospel (“prophets” for profit), holy laughter (which is not funny but is demonic), mysticism: contemplative prayer, Protestants moving toward Catholicism, saying ‘no’ to Bible prophecy, moving away from Israel support, replacement theology, false gospels galore, and so much more. There are even tarot type cards called destiny cards being used in some false churches as well as open support for LGBT, and simply an overall refusal to teach/preach solid biblical truths.

“We know that the whole creation has been groaning as in the pains of childbirth right up to the present time.” (Romans 8:22)

These ‘birth pains’ described in the Bible represent the increasing intensity of creation having to endure the pains caused by this sinful world. These ‘pains’ are expressed by the intensifying of natural disasters being experienced all over the world. These disasters include earthquakes, volcanos, fires, hurricanes, floods, tornadoes, hail storms and the like. These occurrences have grown in extreme intensity in recent years and are way out of normal proportion. We have seen billion-dollar disasters in 2017 in the United States and it will grow much worse as we head into the times of the Great Tribulation.

“And you will be hated by all for My name’s sake. But he who endures to the end will be saved. (Matthew 10:22)

Jesus said that we would be hated by all men because of Him. Christians are becoming the main target of hatred in our day as some are even losing their jobs if they choose to stand against the LGBT agenda. Muslims, Buddhists, New-Agers etc. are not the targets but rather Christians are.

8.  The CONVERGENCE of all of the above signs!

“So also, when you see all these things, you know that He is near, right at the door.” (Matthew 24:33)  “When these things begin to happen, stand up and lift up your heads, because your redemption is drawing near.” (Luke 21:28)

Not only are all of the above-mentioned signs converging at the same time, but there are many other prophetic signs converging during this period as well. These signs are SCREAMING at us that the Lord is coming soon and that we must prepare ourselves for His soon return!

To learn of more signs that we are truly living in the last days please see the following extremely important articles: 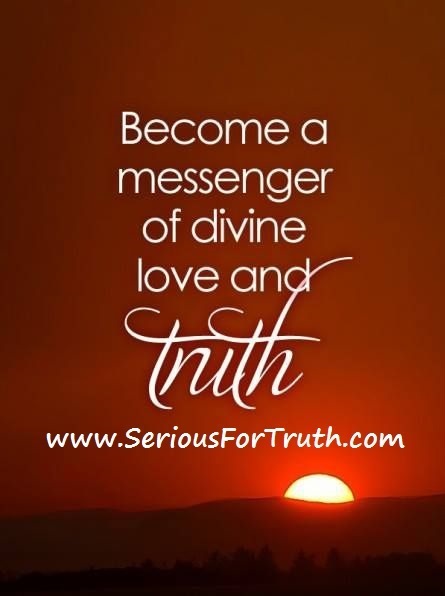 Keep looking up for the Lord's return is very near!