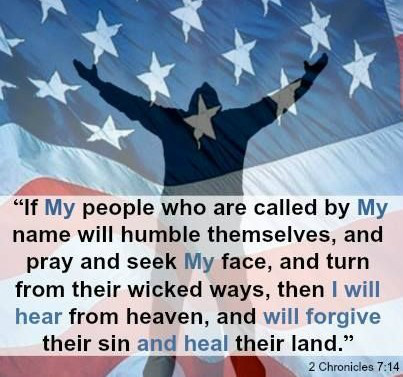 Message by I. J. Baxter


Today I want to share with you a message for Christians to rejoice about and a message for Christians to be greatly concerned about. The part of this message for Christians to rejoice about is the fact that President Trump has signed an executive order reversing the executive order of Barack Obama concerning transgender bathroom regulations. We as Bible-believing Christians were shell-shocked by so many other things passed by Barack Obama such as how the Supreme Court at Obama’s urging approved same-sex marriage. Two men or two women married to each other? What? Never in the history of mankind, until Barack Obama, has such a thing occurred. How in the world could anything shock us worse than that? Well, something did, when President Obama said, “Oh, by the way, if a man identifies himself as a woman then he has the right to go into a woman’s bathroom, or a woman’s shower, and be there even though he has had no operations and he is still physically a man. He should have the right to shower right beside the women in the public shower areas, gymnasiums, health clubs etc.”  Are you KIDDING me? I mean it is absolute INSANITY that happened!

Well, I’m very happy to tell you that in this case with Trump reversing Obama’s transgender bathroom regulation that sanity has been restored. President Trump has signed this executive order which reversed Barack Obama’s executive order concerning this issue. Has sanity been restored and should we now rejoice? Well yes, we should rejoice, but that’s only one little element. We have also got to get the marriage situation back to being marriages between a male and a female because that’s the way God made it. The Bible says that God made male and female and said it is good. Anyone who says it’s any other way is anti-God, period.

Now, I am at the part of this message that shares with you a very troubling concern and I’m going to speak very forthrightly about this today because we’ve lost the ability to know right from wrong. There are so many people attempting to be politically correct that if you speak the truth, it’s like you throw a bucket of ice water right in their face. I know, because I’m speaking every weekend somewhere at some prophecy conference, and if I say anything about same-sex marriage it’s like everybody hunkers down in their seats like the sky is going to fall or the secret police are going to storm the place because I had the audacity to say that homosexuality is a sin.

Homosexuality is not just a defect of birth, it’s a sin. Why do I say that? It’s what God said. He said if a man lies with mankind as with womankind that it is an abomination and that both should be put to death. That was the Old Testament and I’m glad we live in the New Testament. But even in the New Testament, Almighty God condemned it boldly and the Bible calls it ‘vile affections’ – women with women and men with men (Romans 1:26-32). The Bible says this all came about because when they knew God they glorified Him not as God and neither were they thankful and for this cause God turned them over to a strong delusion that they might believe a lie and be damned.

But do these people who go along with homosexual marriage and with transgenders using opposite-sex bathrooms really believe homosexuality is ok? Yes, they do. This is because their mind has become so warped that they’ve lost their conscience. They have violated their conscience so many times that it has become callous. The Bible says their conscience is seared with a hot iron. After you believe in a sin or practice a sin so many times then it is not too long before you’ll be singing in a homosexual choir in a church and acting like you’re saved! It’s all a strong delusion.

What I’m telling you is, until just recently, there was a policy in the United States that if a school did not allow a boy who claimed to identify as a girl, to go into the girl’s restroom, that the school would lose their federal funding. That’s where this was going. There were already court cases popping up all over the land about this. Now, ladies and gentlemen, I want you to understand how twisted this is. This wasn’t just sort of bad, this was PERVERTED. We have lived through a perverted era here under the presidency of Barack Obama. It’s perversion for two men to have sex together and it’s perverted for two women to have sex together. It’s unnatural and the Bible calls it “unnatural affections”. Homosexuality, which is also called sodomy, is a horrible dark sin that God hates and God destroyed Sodom and Gomorrah over it. That, in fact, is where the word “sodomy” comes from. That was the sin of Sodom and Gomorrah and the reason God destroyed them.

I thank God that this regulation has been partially reversed under President Trump’s presidency. What we need to see now is the Supreme Court changed and we need the balance of power to be tipped the other way, and believe me, the sodomites are afraid this is going to happen and it should happen. We as true Christians should not flinch and we should not be bashful about this. Now, this does not mean that we don’t stay Christian and it doesn’t mean that we don’t still love everybody. We care about people, but we don’t care about them to the point where we justify gross sin and perversion!

I mean we have gotten to the point now where it is RARE for a preacher to speak boldly against these types of matters. As a matter of fact, they want to make teaching against homosexuality a hate crime! If you want to lose your job on any of the major networks, then just say one word against homosexuality or same-sex marriage and you will lose your job. The truth of the matter, however, is that we ought to be bold about sharing the truth because it is eating at the very moral core of this nation and it will destroy this nation if we keep going the way we are.  This whole policy needs to be reversed and the Supreme Court needs to reverse or outlaw same-sex marriage.

Now some of you have been so brainwashed for so long even though you used to believe this way. But now you’ve gotten used to this false teaching because of your preachers, politicians, professors, and so many others condoning it. People have lost their moral compass and it’s time we get it back. You say “What is our moral compass?” IT’S THE BIBLE! It’s the foundation upon which this nation was built. It’s the Judeo-Christian basis for this nation.

I’ll ask you this, is there even such a thing as right and wrong anymore? Have we become so set adrift morally that we don’t even know what wrong means? The word “sin” – is that such a foreign word that we have no clue what that means? Why does this happen? Preachers, listen to me. As one preacher to another, it’s our fault. If we have gotten so hungry for the crowds, and for the crowd’s money, that we will no longer tell the truth, we stand to be indicted. Do you know what the Bible says? The Bible says from God to one of the prophets: “You are a watchman on the wall and if the watchman sees the enemy coming and does not sound the alarm, and people die, I will hold their blood on your hands and you will be held accountable on judgment day. But if you sound the alarm, and people ignore you, then you are not responsible and they instead will be responsible for their own blood. But if you lose the courage to sound the alarm, then their blood will be required at your hands. Preachers, if you do not tell your people the truth, and they are not saved as a result, you will not be saved with them.

I have to say these things because very few people seem to be saying them anymore and it’s so vital that you and I do. We don’t want to say these things in a rude way, for it’s not God’s will that anyone perishes, or yours or my will either. BUT, if we don’t sound the alarm and people are on the wrong road and we don’t tell them, it’s like not telling people that a bridge is gone in the highway ahead as you just watch cars and trucks plunge off the road one after the other! Wouldn’t you rather sound the alarm and let people know about the dangers ahead? I mean, if you don’t, aren’t you guilty of manslaughter at least?

And it’s not just the preachers’ faults but it’s also all of the Christian’s faults. If you don’t sound the alarm, then you’re responsible. If you don’t tell your children that homosexuality is wrong and will cause you to be eternally lost, then we are not doing our God-given job as parents. If you have friends or relatives who need to know the truth then we need to tell them. If we belong to a church that is accepting of these types of sins then we must not get close to it and must run far from it. Because this is something that must be avoided like a rattlesnake should be avoided. That type of perverted thinking will drive you into a position where God will end up destroying you.

Keep standing strong for the Lord and His truths,